Playing three-card poker online is just as fun as playing any other poker game. This card game packs all the suspense and entertainment of a regular poker table. But in this case, players get three cards per hand rather than the usual five. So, how does this affect the gameplay? Does it increase the house advantage? This post digs deeper to uncover more and teach you how to get started with this game at the best live casinos.

What is Three-Card Poker?

Three-card is a live table game launched in 1994 by Derek Webb. The game is played using the standard 52-card deck, and both the player and the dealer get three cards. In other words, the game is played against the casino. Interestingly, though, the dealer needs a "queen-high" to continue playing. Therefore, gamers don't need to be experts to experience the fun of this game and win something in return.

In three-card poker live, start by finding the right live casino and booking a seat. Then, place the minimum ante wager before waiting to be dealt three cards face-down. As said initially, the dealer also gets three cards.

Next, gamers can either continue playing by placing a bet equal to the ante or fold. Then, the hands are revealed, and wagers are resolved.

The dealer needs a queen-high or better to continue playing. If they get this hand, the player and the dealer's hands are compared.

In addition to the main bets, three-card poker also comes with optional bets. First, players get the "pair plus" bet, where the player's hand should have a pair or better. This bet wins if the gamer has a minimum of a couple of twos. It's vital to note that this hand wins regardless of the outcome of the dealer's hand.

If lucky, your live online casino may also offer an "ante bonus." Usually, this is the bonus paid on the ante bet when a player gets a straight or better. For example, you can get a 5:1 payout after landing a straight flush and 4:1 for getting a three-of-a-kind. Like with the pair plus side bet, this wager applies regardless of the dealer's hand outcome.

If you're green about three-card poker hand rankings, below are a few of them:

Fortunately, this poker variant is a mainstay on most live online casinos. You can currently play three-card poker supplied by Microgaming, Evolution, BetSoft, Play'n Go, and RealTime Gaming. However, Evolution's version is the most common, thanks to its captivating gameplay and optional side bets.

Meanwhile, players who use an optimal strategy have a 2.01% house edge for the main bets. On the other hand, the "pair plus" bet cans offer a 2.32% house edge. Now, these rates are pretty high compared to the less than 1% you get when playing variants like Jacks or Better and Texas Hold 'em. But still, it's best to play three-card poker than most luck-based table games.

All in all, three-card poker online is worth the punt, provided you use an optimal strategy. The best thing is that players can scoop the $100,000 pot if they combine 9 through Ace on a royal suit. But even with that, it still lags behind blackjack, Jacks or Better, and Texas Hold 'em in profitability. 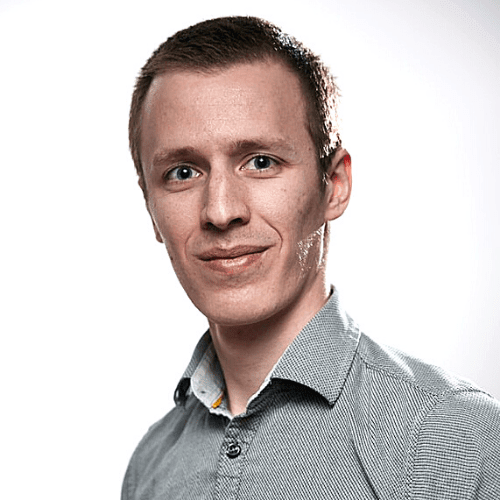 Spending 13 years in the casino industry there are few things that I haven’t experienced. I remember my first day working at one of the many casinos by the Niagara falls, on the Canadian side. I knew very little about casino games, everything but Poker (I have always been a massive fan of poker), nowadays I played all the casino games at least a hundred times, but poker still is my favorite. Not only have I played at the casinos but these 13 years have also led me to work in most sections, anything from buzz boy, dealer and now editor-in-chief. What I love about working with casinos online is the international players. I realized that my casino experience has been limited to Canadians and a handful of Americans. Turns out there are millions of fantastic tactics and games out there! I am sure I haven’t heard of them all yet, but when I do I will make sure to write all about them for you.
Best gambling quote: “You’ll always miss 100% of the shots if you don’t take it.”
Favorite Casino Game: Poker